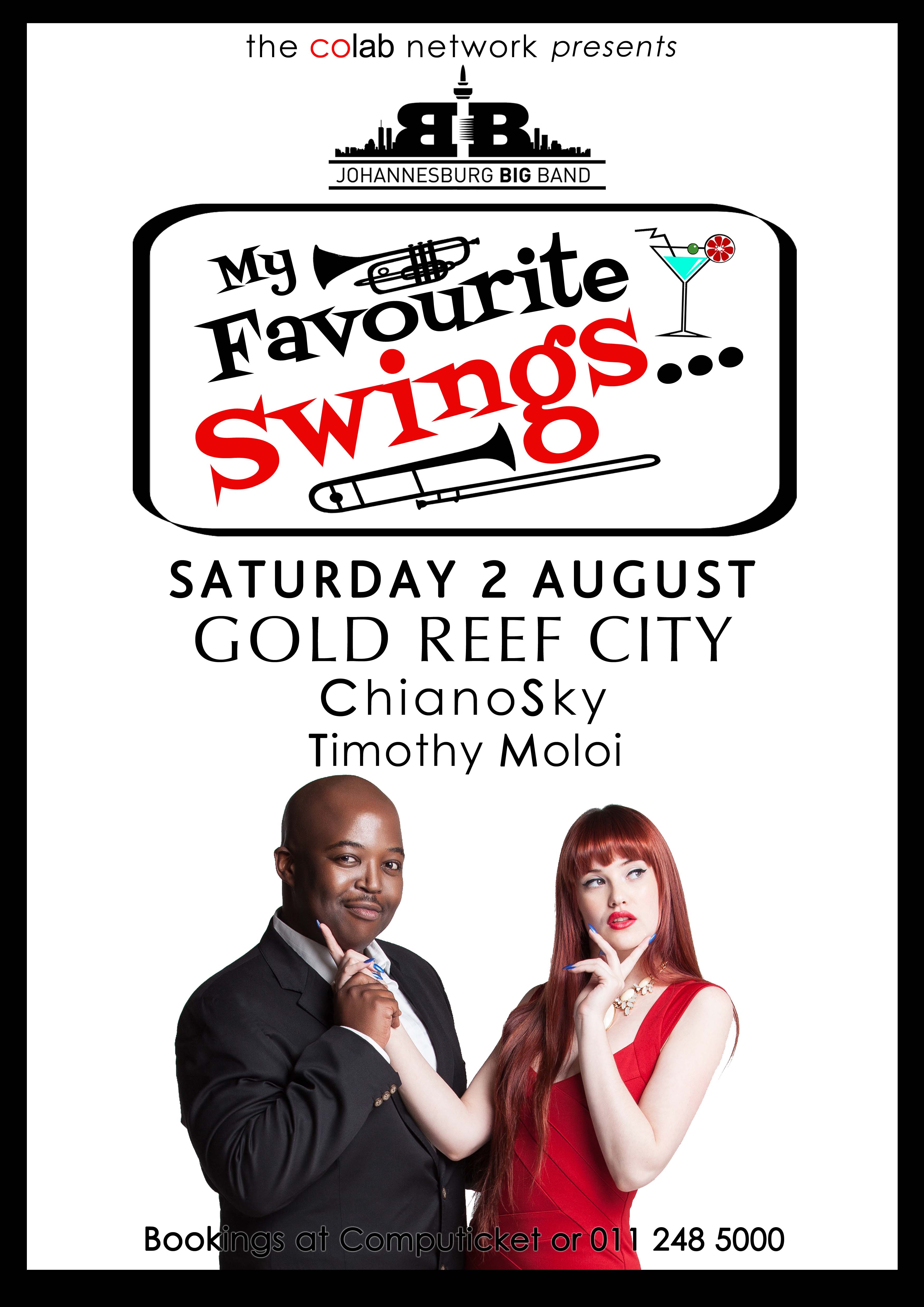 Join the Johannesburg Big Band and two of South Africa’s finest vocal talents in a scintillating celebration of the classic big band sound in My Favourite Swings at The Lyric Theatre, Gold Reef City on Saturday, 2nd August at 8pm.

After two successful shows, the world-class 17-piece Johannesburg Big Band, directed by Adam Howard, returns to The Lyric at Gold Reef City, providing an ultimate musical journey that will pay tribute to the greatest jazz and swing songs interspersed with contemporary numbers made popular by the stars who performed and composed them.

Joining them on stage in My Favourite Swings will be pop sensation ChianoSky and Timothy Moloi adding their vocals to the ultimate, instantly recognizable hits including New York, New York; Fever; What a Wonderful World; Sway; Diamonds Are A Girl’s Best Friend; Mr Bojangles; Valerie; Mack The Knife; Rumour and many more… 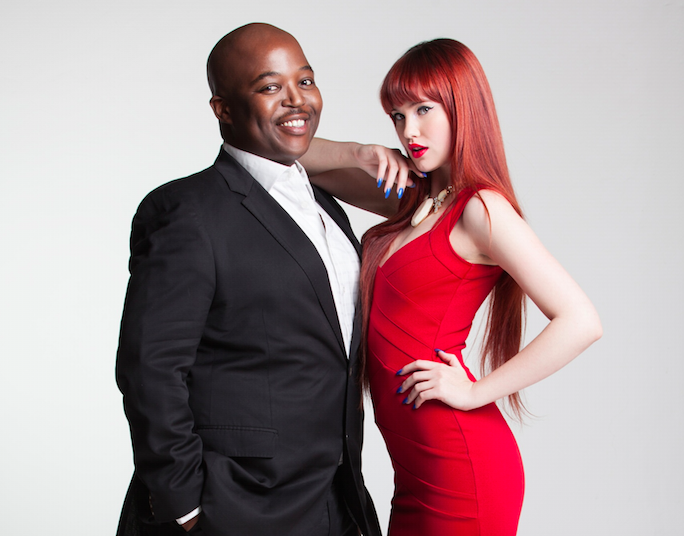 ChianoSky has enjoyed a meteoric rise in South Africa’s entertainment industry after having exploded onto the scene with the success of her debut album Hungry; a mix of seductive jazzy pop which saw her racing up the airplay charts, showcasing her as one of South Africa’s most exciting, fresh and talented new discoveries.

At just 21 years of age, her hunger for success has paid off as she garnered 5 SAMA nominations in 2013 for her hits including Sick Sick; Walking Away and Act Like a Man, amongst others off the album.

ChianoSky states; ”I still can’t quite believe I’m going to be part of this collaboration with Timothy Moloi and the fabulous Johannesburg Big Band – how could I refuse? I was inspired by this genre of music growing up and now for the first time I get to express myself in a different way then my fans have ever seen before ! Experiences like this don’t come around often so I’m very excited to sing my favourites with some of South Africa’s best!”

Timothy Moloi is without doubt one of South Africa’s most extraordinary talents and with his smooth-as-velvet voice and masterful range, he is a firm favourite with audiences throughout South Africa. From the Opening Ceremony of the FIFA 2010 World Cup, to Johannesburg Youth Orchestra’s From Russia with Love, to Starlight Classics sharing a stage with Katherine Jenkins, to performing in the presence of presidents and royalty, he blows audiences away. Most recently he starred as the Genie in Janice Honeyman’s Pantomime to audiences in excess of 80 000 people.

Says Collett Dawson; Co-Owner of The CoLab Network and Executive Producer of My Favourite Swings; “Cito and I are thrilled at the incredible response we’ve already garnered with our first 2 Johannesburg Big Band events, and feel so honoured that The Lyric Theatre want us back for a 3rd staging. What a coup to be able to secure Timothy Moloi once again – SUCH a hit in My Big Band Valentine staged in February and to add pop royalty ChianoSky to the mix in this concert. Audiences are in for an unmissable treat!”

My Favourite Swings will be a night out on the town to remember, transporting the audience through a roller-coaster ride of their favourite songs.

My Favourite Swings is on for one night only at The Lyric Theatre, Gold Reef City on Saturday, 2nd August at 8pm. Tickets range from R130 – R180 and can be booked online at www.goldreefcity.co.za , by calling The Lyric Theatre Box Office on (011) 248 5000 or through Computicket. Discounts for groups of 10 or more, senior citizens, scholars and students apply.

An Early Bird Discount of 10% discount is applicable across all price ranges, if booked before 30 June 2014!