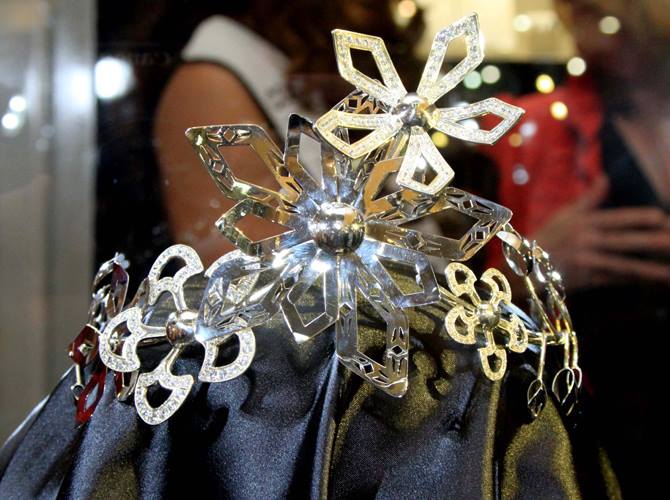 On Monday the 17th of March, Miss SA announced their brand new “Palesa” crown at Jack Friedman, Sandton City. The crown named Palesa (which means “flower” in Venda) will be the official crown that the Miss SA winner will wear for 2014.

“The team at Jack Friedman Jewellers wanted something that was both elegant and memorable. They decided to make the crown from platinum, one of the rarest elements in the earth’s crust, and synonymous with South Africa which accounts for 80 percent of world production. The precious metal in the Miss SA 2014 crown comes from Anglo American Platinum.”

The Miss South Africa pageant, presented by Sun International and sponsored by Cell C, takes place at Sun City Superbowl on Sunday March 30. It will be televised live on Mzansi Magic (DStv Channel 161) at 5.30pm on Sunday, March 30.

For Miss SA awesomeness check out these links!: