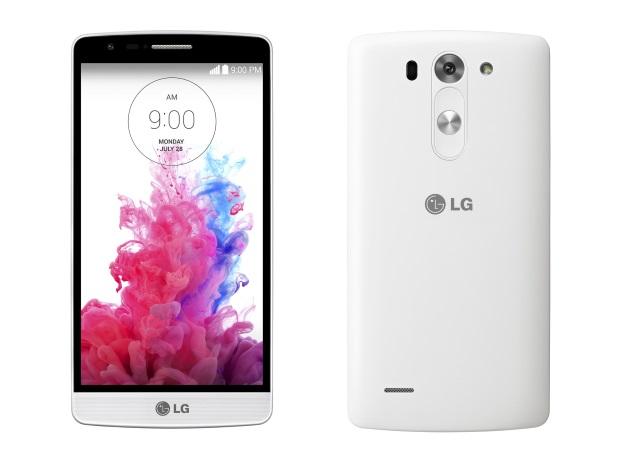 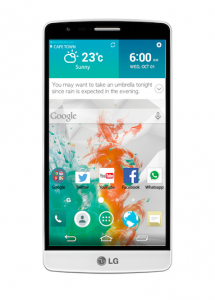 LG certainly seems to be the dark horse in the smartphone world. Not too long ago they were releasing phones that were hit and miss at best but all that changed with the release of one of the most impressive Android smartphones of 2013, the LG G2.

The South Korean company has kept up the momentum by releasing the very noticeable LG G Flex curved handset and their flagship smartphone for 2014, the beautifully minimalistic LG G3.

Not resting on their laurels, LG has very swiftly released the LG G3 Beat, the “mini” version of the G3 aimed at the mid-range market.

We’ve spent a few days with the G3 Beat and while it is not as impressive a beast as it’s larger brother, the LG G3, the G3 Beat is a more than capable device.

While we were (and still are) huge fans of the LG G3, the biggest issue that we had was with the physical size of the device. For people with smaller hands (like myself) the G3 ended up requiring 2 hands to use and while it was not an uncomfortable device to use or handle, having to use 2 hands limited being able to do something else while using the phone. LG very wisely decided to make the G3 Beat a device with a slightly smaller screen. This made the phone more manageable for people like me but didn’t make me feel like I would be sacrificing any of the beauty or functionality of the larger flagship G3.

The G3 Beat has the same beautiful, if somewhat minimalistic, floating arc design that the company introduced with the G3. This makes the device very comfortable to hold with a very natural arc that fits the curve of your hand.

Carrying on with the design, LG has again kept the front of the device very clean with the only the 5-inch display, the earpiece, an LED indicator, the front facing camera, a light sensor above the display and the LG logo below the display.

No home or capacitive buttons to be found anywhere on the front, or in fact the sides, of the device. That’s right, the RearKey is back.

When I first heard about the RearKey that LG introduced on the G2, I could not understand why anyone would put a power button as well as the volume control buttons on the back of a device, however upon using it, it very quickly won me over and made using any smartphone without a RearKey seem quite foreign.

The back of the G3 Beat features not only LG’s signature RearKey, but also the 8 megapixel camera, laser autofocus and the flash. The only other adornments on the back of the device are the LG logo and the speaker grill.

The G3 Beat features the same flat UI that LG introduced on the G3 and it definitely works on this device. Everything is kept very clean and simple and you’re never presented with more than what you actually need. Thank you LG for keeping the bloatware down to a minimum (however, be aware that your network might load some unnecessary applications on your device when you switch it one, however those can be uninstalled).

Overall usage of the phone was mostly smooth and transitions between homescreens were fairly fluid, however we did notice the occasional slight hesitance when typing or moving between apps. That however, can be attributed to the Snapdragon 400 processor inside, which, while more than capable, is most certainly not the far more impressive Snapdragon 801 processor found inside the G3 Beat’s larger sibling. This however did not take away from the very responsive touchscreen and were only minor annoyances that would not have much of an impact on the everyday user.

The camera on the G3 Beat was very impressive and none of the photos taken looked like they’d come from an 8 megapixel camera. The colour was rich and not overly saturated. Video also looks impressive on the G3 Beat’s gorgeous display and you’d be hard pressed to find a display on a mid-range device with that depth of colour.

We did notice that there were 2 noticeable features absent from the G3 Beat, Smart Notice and LG’s G Health. Smart Notice is somewhat akin to the Google Now cards that you can get on your Android device, the difference being that Smart Notice lives on the home screen of your device as opposed to having to open the Google search app.

G Health is pretty much exactly what the name says, it’s LG’s health and fitness app that tracks how active you’ve been through the day.

While the lack of these 2 features is no cause for concern, it is curious why LG opted to not bring these functions to the G3 Beat.

At the end of the day, only one question really matters, “Would we purchase one?” The answer is yes. Despite a few small hiccups, the G3 Beat is a device that redefines the concept of a mid-range smartphone. With a recommended retail price of R4999.00 and available on contract on the 3 largest cellular providers, we can’t see any reason as to why this won’t be another hit device for the other South Korean company.