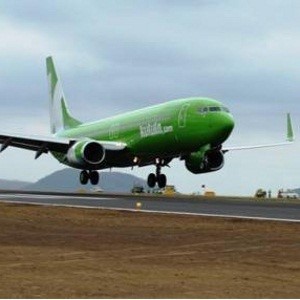 Consider Lanseria for your next flight to Joburg!

Joburg’s main commercial airport is the destination that springs most readily to mind when travelling to the City of Gold. But Luane Lavery, Brand Communication Manager for kulula.com, makes a convincing argument for considering Lanseria International Airport as alternative for your next visit.

For a start, the airport has undergone a massive investment in expansion, including a much-expanded parking garage and retail precinct. Airside, the duty-free section has been expanded. The SLOW XS transit lounge has proved popular with travellers looking for a luxurious space, away from the hubbub of the main concourse. www.lanseria.co.za

The lounge is a variation on the SLOW facilities at other South African airports and at the Radisson Blu Hotel in Sandton; somewhere to relax, catch up on work and have a drink and something to eat. Its menu focuses on small-scale local produce and hand-selected ingredients. www.slow.co.za

“At LIA we pride ourselves on service delivery and personal service. In a world where time is money, we’ll make sure you can spend more time at your destination. The airport has the shortest travel time from terminal to car-park and there’s a complimentary shuttle service if you don’t want to mess up your heels.

“If you’re a business traveller with an important meeting on your mind, porters and a fast check-in service will get you airside and into the lounge quickly, with complimentary coffee and wifi to help you focus and work. It’s also a great space for keeping youngsters occupied if you’re travelling with family.

“Travellers using Lanseria also know that it’s against the flow of traffic from Centurion and Joburg’s northern and western suburbs. It’s also handy if you’re flying in for a meeting in Sandton: baggage collection is quick, so just rent a vehicle or take a taxi service and you’ll generally be there in under 40 minutes,” Lavery adds.

But it’s not just what’s in the airport that makes it a good choice, she says. Its position between two major cities is useful for business and leisure travellers alike. The Cradle of Humankind is just 15 minutes’ drive from Lanseria, says Lavery. It’s an enormously important paleoanthropological site, home to around 40% of the world’s human ancestor fossils. Apart from superb interactive exhibits, the facility also offers fine dining, some adventure sports and game viewing. See www.cradleofhumankind.net

Lanseria is also a 40-minute drive to Pretoria and less that two hours’ drive from Sun City. A fairly direct route on two major motorways gets you to the Kruger National Park in under five hours.

“You’ll hate yourself if you miss one of South Africa’s great springtime sights, when Pretoria’s 70 000 Jacaranda trees explode into bloom,” says Lavery, who suggests parking your hired car at the famed Union Buildings and strolling eastward along Government Avenue. This is one of the few thoroughfares with double rows of Jacarandas, planted to shade civil servants as they walked to the seat of government.

Pretoria can be sweltering in summer, but in spring it’s mild and welcoming to civil servants – shady or not – and visitors. Lavery suggests the following: 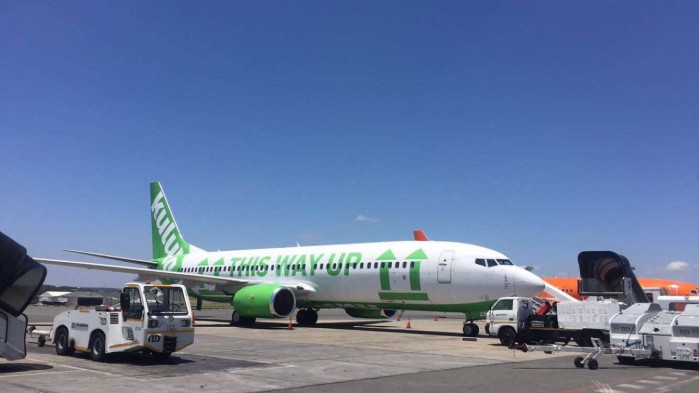 Pretoria Zoo by night: between September in March, visitors can see the nocturnal behaviour of many fascinating creatures, with a one-hour guided walk as evening sets in. Braai fires are available for those who’d like to end the evening with a traditional dop and chop. Facilities are also available to camp overnight at the zoo. See www.nzg.ac.za

Pretoria also has a burgeoning markets scene, including the Market @ The Sheds, run by a non-profit collective focusing on urban renewal in the Pretoria CBD. It offers fashion, live music, good wine, cocktails and coffee, and a pop-up art exhibition.

Hazel Food Market focuses, as the name suggests, on good grub, with around 80 stalls – mostly operated by the folk who produce the fare – and trestle tables under trees in Greenlyn Village Centre in Menlyn Park. It’s open on Saturday mornings and some evenings. There are play facilities for kids. https://showme.co.za/pretoria/events-entertainment/hazel-food-market-3/

Pretoria Boermark: This is a firm locals’ favourite, where those selling traditional produce are mostly the farmers themselves. Expect traditional flavourful, aromatic traditional fare including handmade yoghurt, rusks, preserves and herbs, as well as fresh meat. Apart from the food, you can also buy jewellery woodwork and clothing. www. http://www.pretoriaboeremark.co.za/