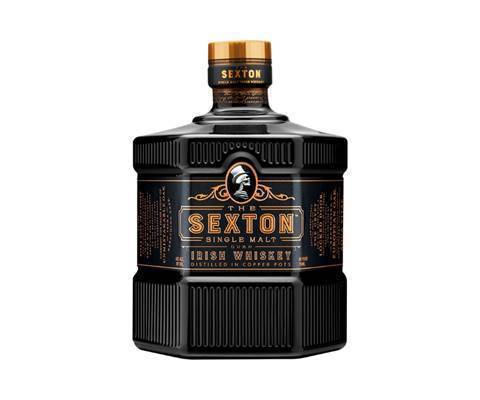 The Sexton Irish Single Malt, an unexpected whiskey set to send shivers through the SA spirits category, has been launched by Truman & Orange, the premium drinks company with a reputation for sourcing unique discovery brands for discerning South African drinkers.

The Sexton is made with 100% Irish malted barley, distilled in copper pot stills and exclusively matured in hand-selected first-, second- and third-fill Oloroso sherry casks to achieve a perfect balance between rich dried fruits, and memorable toasted oak notes to offer a smooth finish. Like most Irish whiskeys it’s also triple-distilled, further contributing to the liquid’s smooth approachability and memorable character.

Founding owner of Truman & Orange, Rowan Leibbrandt explains, “Single malts are notoriously inaccessible because of their heavily oaky notes. Sexton is a single malt that is typically Irish in smoothness and approachability, while the sherry cask maturation balances the oak notes typical of a single malt. It’s infinitely drinkable without losing the complexity of a single malt.”

The Sexton is a single malt made with a respect for tradition and a passion for innovation. This isn’t marketing malarkey: it was created by Alex Thomas (a woman) who founded the brand based on personal experience and 15 years of creating whiskey. Whiskey is in her blood.

Thomas explains, “Growing up my grandfather and my father always kept a bottle of single malt in the house. It was pulled out for special occasions like birthdays and weddings. But it was mostly brought out when people passed away. Friends and family got together to celebrate that person’s life and tell stories. That’s what I wanted The Sexton to represent; living life well and having those memories you’ll share with your loved ones.”

The Sexton is the person who prepares the grave – the last person to witness the body before being laid to rest. The word derives from the word ‘sacristanus’, meaning custodian of sacred objects.

“As a master blender and distiller, I am the caretaker of this amazing whiskey while it’s in the cask,” says Thomas. “The Sexton is about living life well before you meet the man that lays your body to rest.”

The rich, sophisticated liquid is matched by its striking, hexagonal dark bottle, which tells its own multi-faceted story. The bottle requires a strong grip mirroring the bold essence of those who drink and choose to serve it.

Leibbrandt expands on why Truman & Orange have brought this new whiskey to South African shores – especially now: “South Africans love a good story and the interest in Irish whiskey shows no signs of slowing. For the connoisseurs, it’s an interesting, quality, Irish single malt made according to traditional methods. For the ‘just curious’ looking for a versatile drink to enjoy neat or in cutting edge cocktail serves, The Sexton speaks to bold personalities who do things differently and forge their own paths.”

Born from a marriage between the traditional Irish whiskey making craft and modern-day maturation experimentation, The Sexton represents the changing face of Ireland, capturing the romance and provenance of the past and the optimism and creativity of the future – and what better time to be launching a brand optimistic for the future, than now?

Nose:    Notes of honeyed malt, nuts and dark chocolate followed by hints of marzipan and all

Taste:   Notes of dried fruit which are followed by a layer of complexity – rich nuts, spice and

Perfect Serve: Neat, over ice, or in a classic whiskey highball with premium soda.