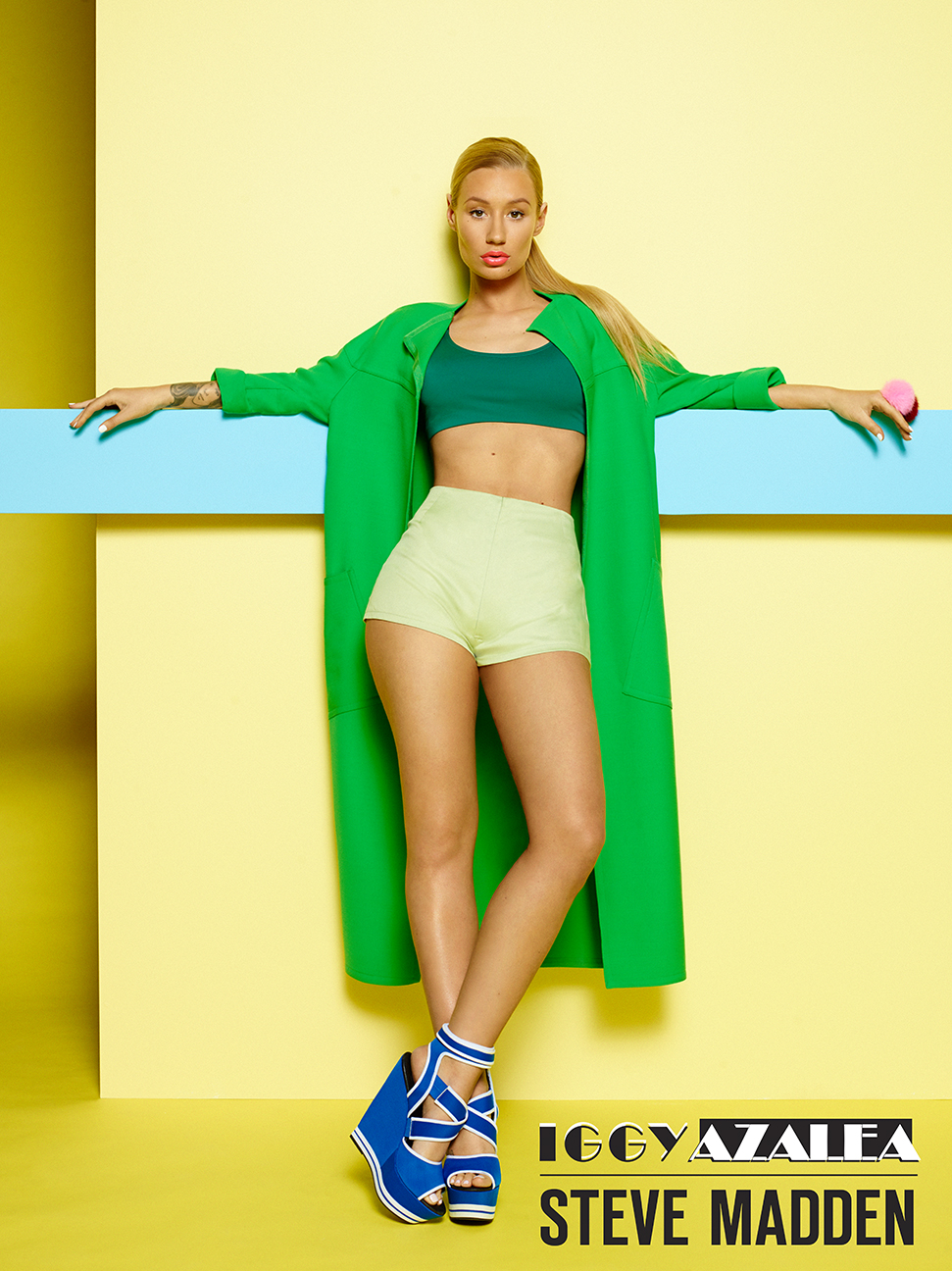 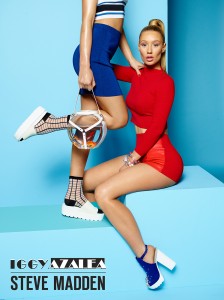 Shoe impresario, Steve Madden is all about The New Classic in 2015. Madden is pleased to release his collaboration collection with red-hot Grammy-nominated musical artist, Iggy Azalea. The fashion footwear designer partnered with the Aussie rapper to deliver a capsule collection that features ‘90s-inspired chunky platforms, sporty neoprene sandals and metallic slides. The bold colours and silhouettes that define the collection are, “a total reflection of me,” says the award-winning rapper, “unapologetic, loud, and fun.”

The collaboration between Iggy Azalea and Steve Madden is a natural one. The Mullumbimby- 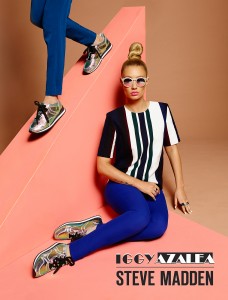 born star has a personal connection to the brand, having worn Steve Madden upon her arrival in Miami in pursuit of a musical career. The hip-hop sensation took to Instagram with a sneak peek of the highly anticipated collection, explaining, “There aren’t many places you can get good looking heels without breaking your budget and theirs became my uniform as they remain for many women.” Steve Madden, his fingers always on the pulse of the new and current, saw the star’s potential early on, supporting her musical ambitions by featuring her in his summer concert series last year, announcing then that a collaboration would follow. Iggy Azalea has since taken the world by storm, her charisma and attitude captivating and influencing audiences.

Select styles from the collection will launch in Steve Madden SA stores in March 2015.