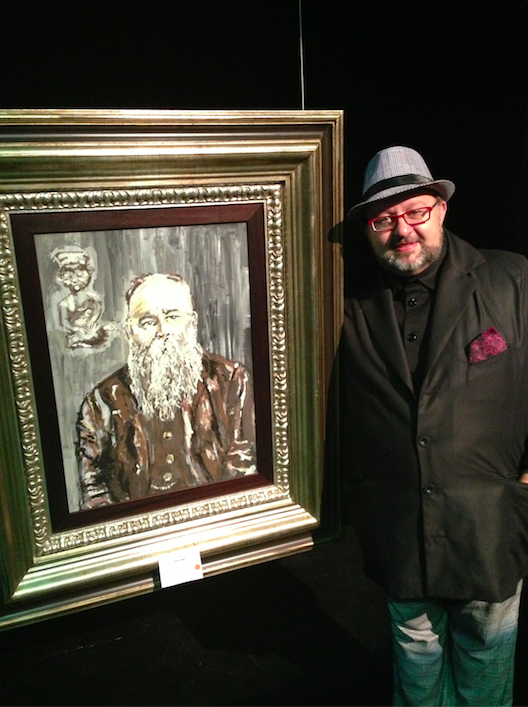 Introducing De Vries was friend, fellow comedian, accomplished artist and collector John Vlismas, who spoke of De Vries as “a true original.” Vlismas spoke of Casper as an artist who created a whole new genre!

Casper started painting two years ago as a hobby, and never thought that he would be hosting his own exhibition. Now it has become a deep passion and he explains that it’s a big learning curve. Casper explains that he’s still experimenting with different techniques and subjects: “I am very young as an artist, and I am still experimenting with every style that interests me without trying to copy anyone else. It is an organic learning process that I am enjoying very much!”

Before the exhibition opened, popular designer Gert-Johan Coetzee got a sneak preview of the catalogue and snapped up “On the Bus.” He is delighted to be the first to own a Casper original! 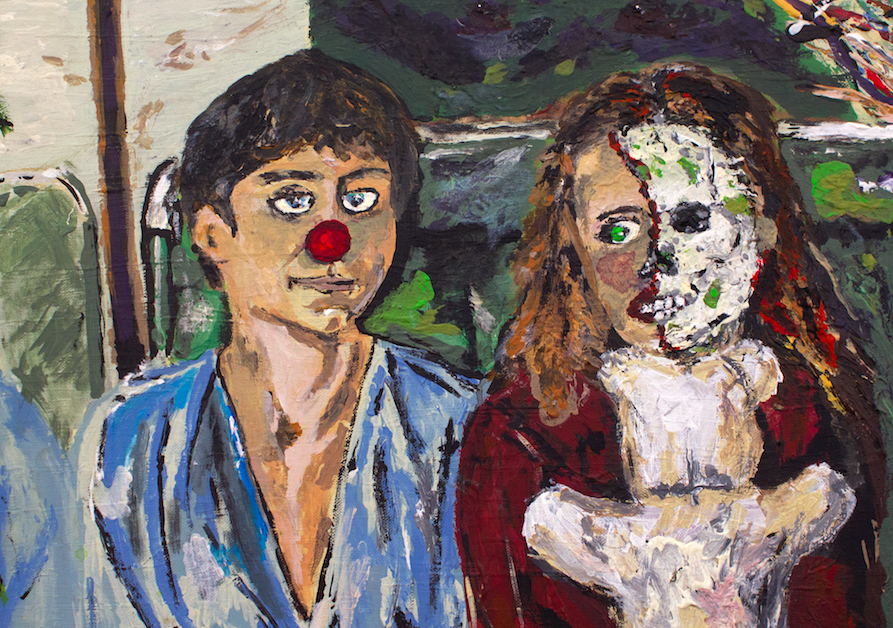 A Casper De Vries original: On the Bus. Purchased by Gert-Johan Coetzee.

The choice of paintings for the exhibition lay with the curator De Vries appointed, art historian Eunice Basson. “I am very impressed with Casper’s work,” Basson says. “As I went through the paintings I was struck by his instinctive grasp of colour, and his quick mastery of acrylic paint. But aside from the technique there is such a humanity about the way he approaches his subjects, he has a natural artist’s eye for composition and angle that make the work so charming.”

Basson explains that she chose paintings from different styles of Casper’s many creations. But in the future, exhibitions will be focused on specific themes and styles!

Casper’s paintings have already started selling briskly. The exhibition is now on at the Theatre of Marcellus until Wednesday the 26th of February 2014 at Emperors Palace. It’s open from 3pm to 9pm daily, and De Vries is there each day to talk about his creations!