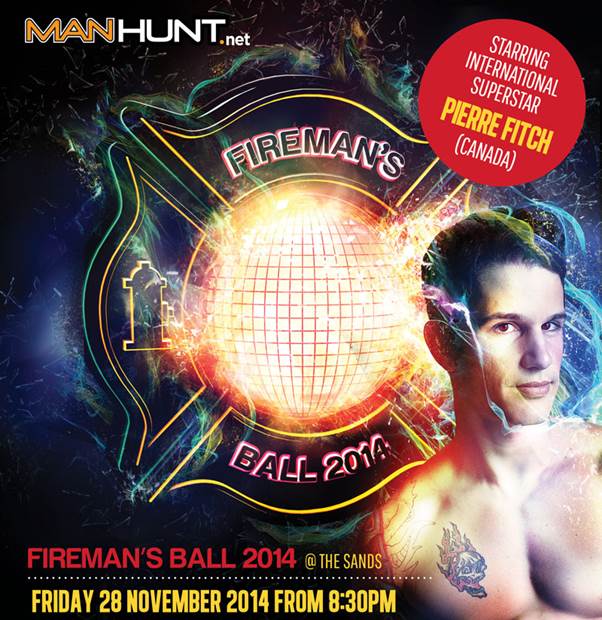 The Fireman’s Ball has come a long way since its humble beginnings back in 2007 and has officially become the biggest proudly gay party in Jozi – and this year it’s bigger than ever! 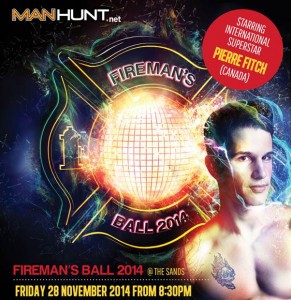 The party has seen some of the biggest local and international acts taking the stage and has become synonymous with the local gay market as the event of the year. This year, after an incredibly successful party last year, the Fireman’s Ball will be hosted at Sandton’s trendiest club, The Sands, which will be enlarged to ensure the party is as epic as ever. The venue will see two dance floors, a fantastic sound and lighting display and five-star service.

Pierre has always been a fan of music and decided to pursue this hobby professionally. Therefore, Pierre has gone through extensive training with experts from the industry, spending the past two years learning all technical aspects of becoming a DJ. Pierre will be bringing some of the best music, production and sound to his performance which promises to be something spectacular.

“I can’t wait to come and experience all that South Africa has to offer,” Pierre told us. “The Fireman’s Ball seems like a load of fun and I’m so excited to be a part of this year’s event. I am looking forward to meeting my South African fans as well!”

Pierre will be joined by some of the best local DJs ensuring one of the most star-studded parties of the year. The line-up includes Anele (947), Catherine Grenfell (5FM), Alex Caige (947), Mika Stefano, Vic Naidoo (5FM), Stuart Hillary (Therapy), DJ Sam, Dizzy and the winner of the Fireman’s Ball GAY DJ Search competition. 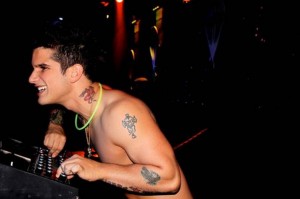 As always, the Fireman’s Ball has always been known to deliver the best VIP experience and this year is no different. For a reasonable R220, each VIP party-goer will receive the following:

As a proud sponsor of the 2014 Fireman’s Ball, Manhunt is offering unlimited access to their site for a full week. Simply use the promotional code ‘FIREMANSBALL’ to unlock the magic.