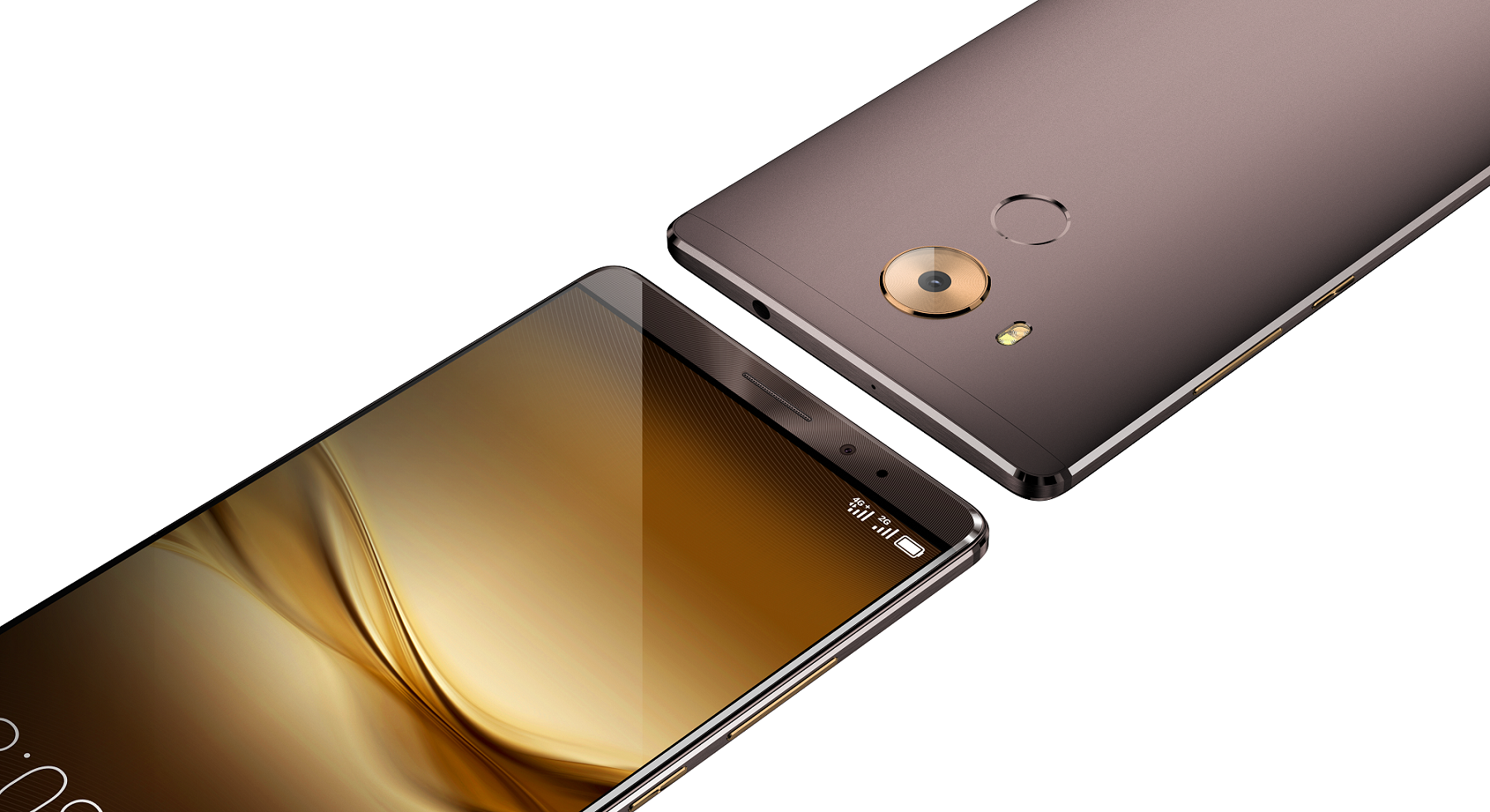 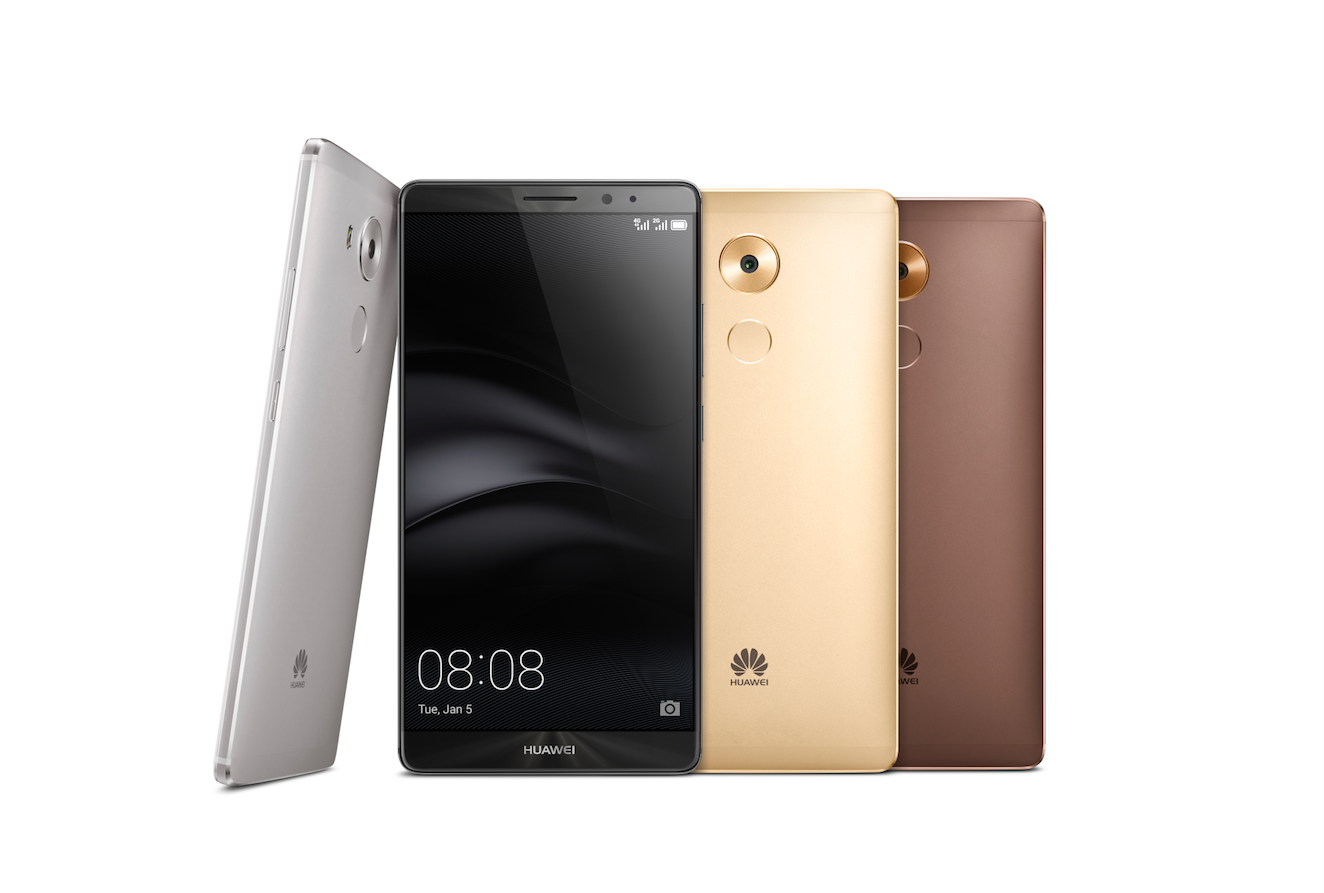 Huawei has gone through a dramatic change in the past few years, from a publicly unknown company whose name barley could barely pronounce to the 3rd largest smartphone handset manufacturer in the world (whose name people still struggle to pronounce, try saying WOW-way btw).

Now the company has become a household name thanks to devices such as the Mate 7, P8 and Mate S.

At CES 2016 in Las Vegas, Huawei unveiled the Mate 8 to international media, showing the world yet again how they’ve earned their spot in the top 3. 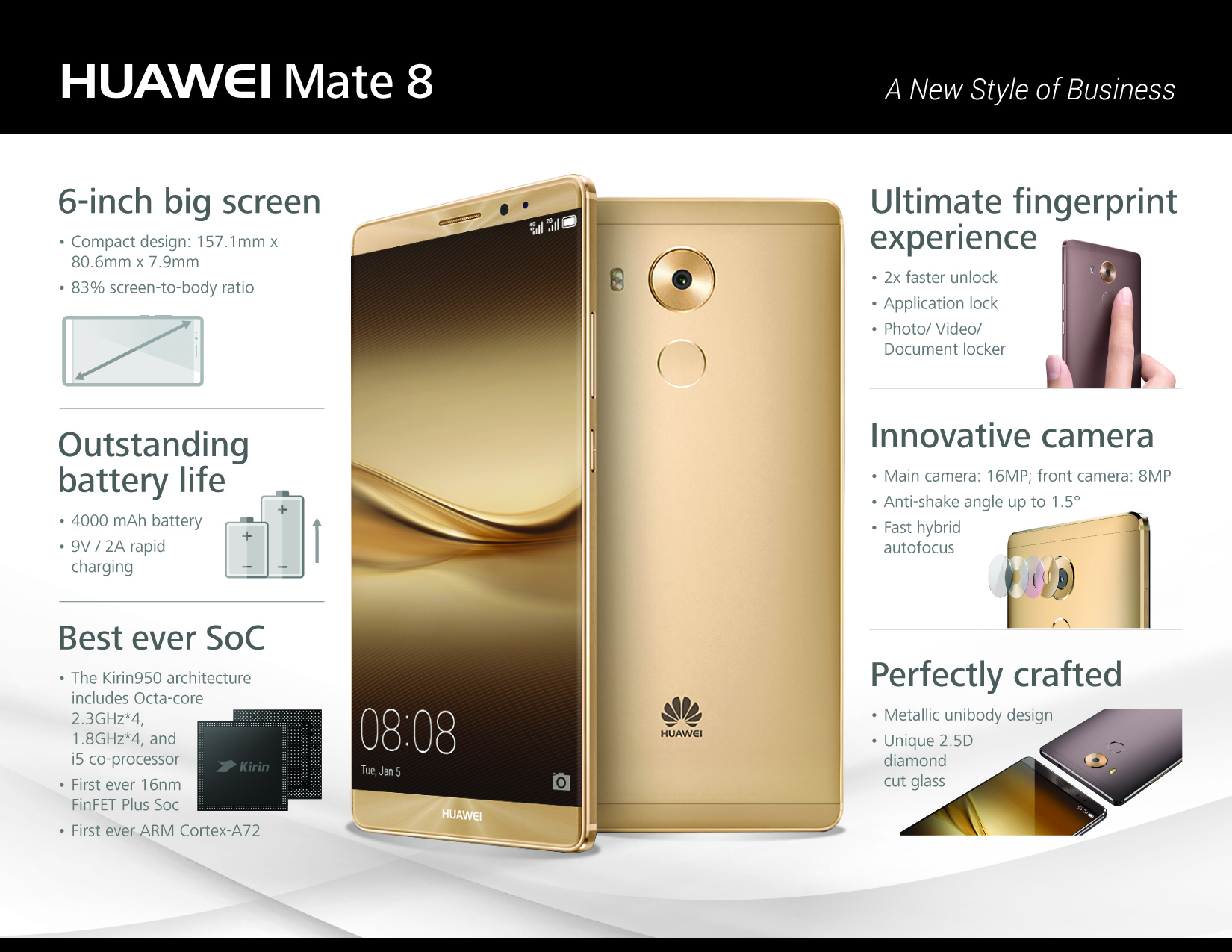 At first glance, the Mate 8 is reminiscent of the stylish, understated design of 2015’s Mate S, however the Mate 8 is not only more powerful under the hood, it also has slight design tweaks to differentiate it from previous handsets.

The Mate 8 has a 6-inch FHD (Full HD) 2.5D display with side bezels that are so narrow they’re practically not there.

While some might be disappointed that Huawei has yet again opted for a FHD display instead of a Quad HD display, this does help increase the already impressive battery life on the Mate 8.

The display unfortunately isn’t as crisp or bright as the Huawei made Nexus 6P, but it does an adequate job of showing you all the photos you’ve taken with the fantastic camera as well as any content that you might want to watch on your device. 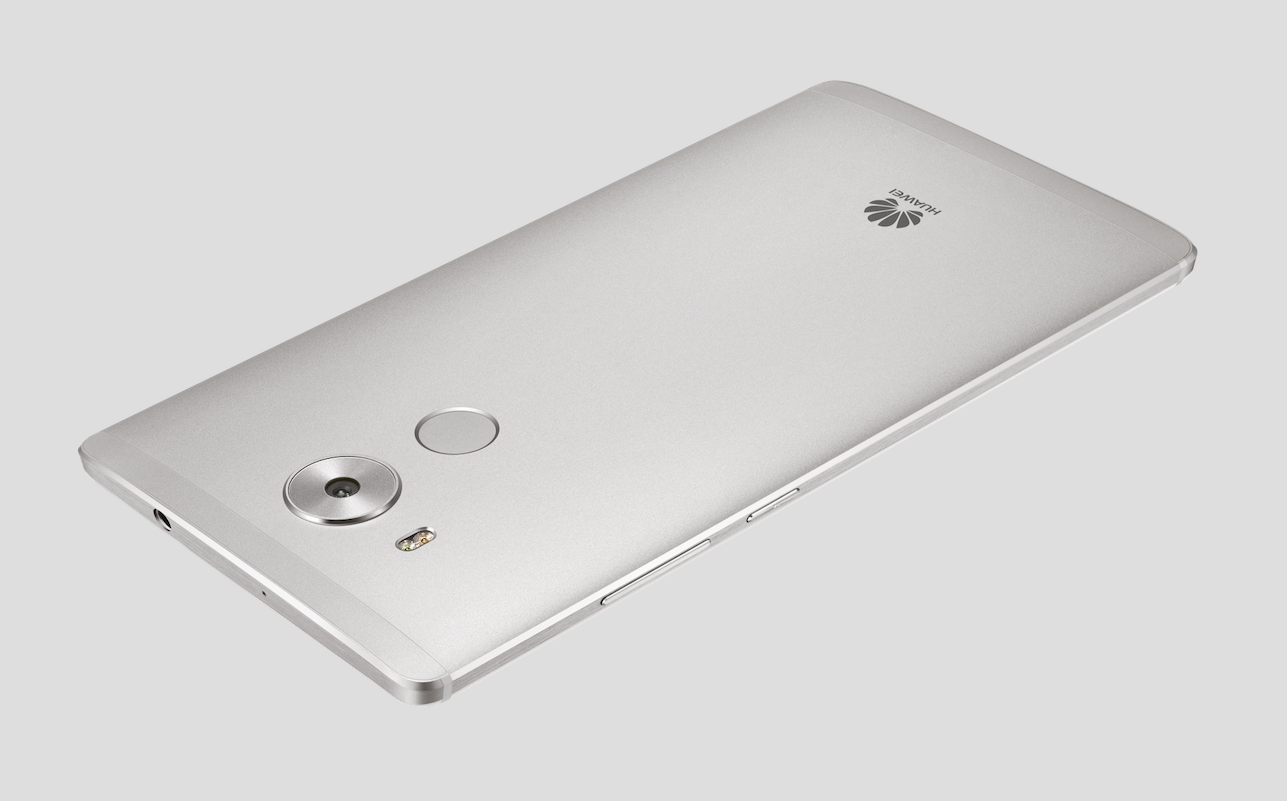 The front facing, 8MP selfie-camera is the best selfie camera we’ve seen on a smartphone thus far. Images are crisp, clear and bright even in dimly lit conditions. Huawei has clearly outdone itself with both the front and rear-facing cameras on this new flagship.

These are not DSLR killers, but they’ll more than adequately do the job when you’re on the go.

Below the rear-facing camera, Huawei has included a circular fingerprint scanner.

Thanks to new technology, the circular fingerprint scanner on the Mate 8 increases phone unlock time by 100% and has improved security.

As is the norm with Huawei, they’ve packed a ton of features into their new smartphone, here are a few of our favorites:

With all these features jam packed into a handset that feels smaller than it is, you have to be wondering about battery life.

The Mate 8 packs a whopping 4000mAh battery into its slim design and Huawei says that it will provide up to 2.36 days of usage on a single charge for regular usage and up to 1.65 days for heavy users. If you’re in a pinch and you need some extra battery life, the company says that you can get 40% charge in just 30 minutes which works out to approximately 1 day’s worth of usage for regular users. 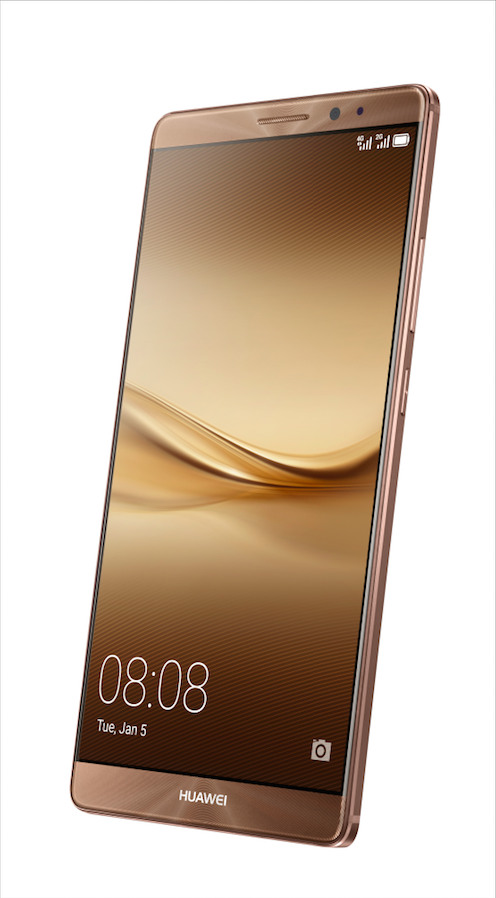 While the Mate 8 is indeed one of the most impressive Android smartphones to date, there is one thing which is not as polished or perfect as the rest of the device and that’s the UI.

While there is nothing glaringly bad about Huawei’s EMUI, it does feel out of place on devices as well made as these and it’s clear that this UI was never intended for international markets when it was first designed.

The themes are nice-ish, if you like themes, and the lack of an app drawer isn’t a deal breaker, in fact, on their own neither of these software fumbles would be enough to irk me, however put them all together and then it becomes an entirely different story.

For a company that’s placed so much emphasis on design, beauty and functionality, the UI is surprisingly awkward.

Using it does not feel natural and having used multiple Huawei devices over a period of 2 years, this feeling of awkwardness hasn’t faded.

The one Huawei device where this does not occur is on the Nexus 6P which runs stock Android.

The UI isn’t a deal breaker and should not dissuade you from buying one of the best smartphones Huawei has ever made, after all you could simply install a launcher from the Google Play Store and BAM, UI problems are gone.

EMUI is the one area that I’d love to see improved on Huawei’s next smartphone because it spoils an otherwise beautiful device.

The Mate 8 is expected to arrive in South Africa in March or April this year.

Pricing hasn’t been confirmed but we’re expecting it to range from approximately R10 000 upwards (depending on configuration).

For all those interested in all the under the hood specs: