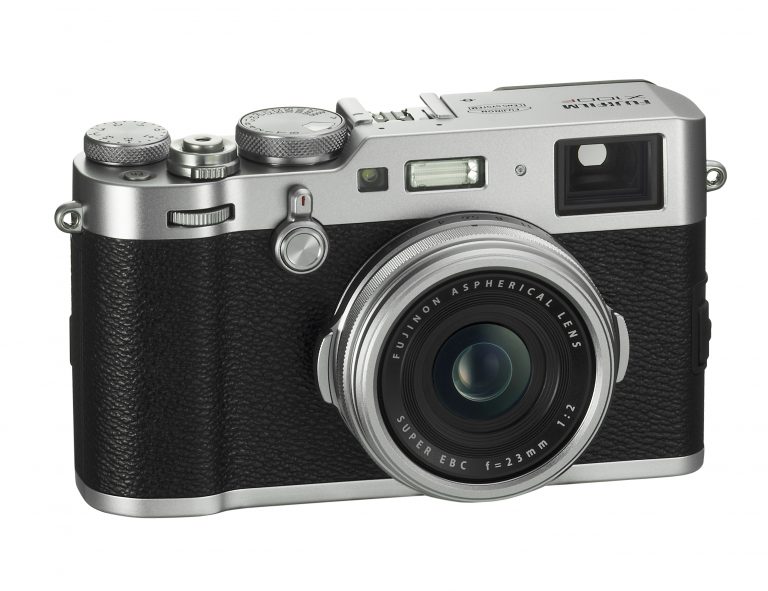 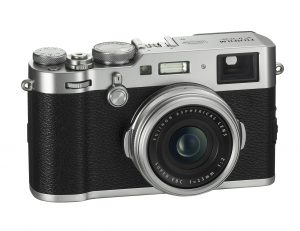 In March 2011, Fujifilm released the X100, opening up a new market for premium compact cameras. In February 2012, the second generation X100S was released, complete with a newly developed sensor, processer, and an advanced Hybrid Viewfinder. Now, the X100T marks the ultimate evolution as the third generation of the X100 Series, reflecting the feedback from customers for each and every part, including image quality, viewfinder and operability. The X100T is available in both black and silver versions and includes three key changes:

The X100T’s optical viewfinder can simultaneously display the focus area by using the built-in ND filter. Users simply need to turn the camera’s focusing ring for a mechanical rangefinder-style view. Additionally, Focus Peaking and Digital Split Image modes can be selected and the magnification of the focused area can be changed.

With the optical viewfinder, Real-time Parallax Correction has also been added to ensure more accurate framing. Parallax error, which occurs during close-up shooting, is automatically corrected in real time so users no longer having to reframe after focusing.

Until now, setting the aperture in 1/3 steps needed to be done using the command lever. Now, it is done using the aperture ring. Also, the command lever has been changed to a command dial, and with the addition of a four-way controller, operability has been dramatically improved. The X100T is also equipped with seven Fn buttons, each one of which is customizable, while the rear LCD has been ungraded to 1.04M-dot 3-inch monitor, greatly improving visibility.

To facilitate manual focusing while using the Optical Viewfinder, the focus area is enlarged and displayed in the bottom right of the viewfinder. Part
of the original optical image is blocked and then the digital EVF display
is projected in the resulting space. Manual focusing that was previously
difficult with the optical viewfinder is made easier, much like a mechanical rangefinder. Focus Peak Highlight and Digital Split Image can also be selected on the enlarged area, and the magnification of the focused area can be changed.

Changes to the electronic viewfinder・Real-time parallax correction has been added for more accurate framing. Parallax, the gap between the shooting range frame and actual shooting range when taking pictures close up, is automatically corrected in real time. Reframing after focusing is no longer necessary.

・Visibility has improved under a variety of conditions, from bright scenes outdoors to dark scenes indoors, by automatically controlling finder brightness.

・The Live View display can also be set to “Preview Pic. Effect”, which recreates selected camera effects such as a film simulation mode. Equally, a more natural Live View close to what the naked eye sees can be chosen by turning this option off.

・The image within the finder is smoother in low light conditions as it is displayed at the maximum frame rate possible.

・The X100T is equipped with seven Fn buttons, each one of which is customizable. Further user customization is offered on via the Q Button on the rear of the camera: all 16 functions can be chosen according to the user’s preference.

・Die-cast magnesium is used for the top and bottom of the body, for a precise, light and highly durable design. A special coating is used for the surface finish, creating a premium feel.

・The exterior is finished with non-slip synthetic leather, which is durable and resilient.

・The rear LCD has been ungraded to 1.04M-dot 3-inch monitor, greatly improving visibility.

・Each and every part is made in Japan, for high precision and finish.

(4) Installed with the fastest electronic shutter at 1/32000 sec. *2, expanding the shooting range

A completely silent electronic shutter that is capable of exposures up to 1/32000 sec. has been added.

Photos with a shallow depth of field can now be shot with the aperture wide open on snowy fields or the beach under clear skies. As there are no mechanically operated parts, natural expressions of animals and sleeping babies can be captured more easily than ever before.

Videos can be shot with the optical viewfinder, just like using a film movie camera.

・ Film simulation modes can be used on videos to add creative color effects, plus bokeh can be created by using the lens’s wide maximum aperture.

・ Manual exposure can also be set during video shooting. Aperture, shutter speed*4 and ISO sensitivity can be set, allowing videos to be shot just as the user wishes.

・ High-speed, high-precision focusing thanks to Intelligent Hybrid AF, which switches between phase detection AF and contrast AF according to the scene, even during video shooting. Manual focus is also possible.

*2 The Electronic Shutter may not be suitable for fast-moving objects. Flash can not be used.

*4 Aperture and shutter speed can be changed during shooting. Only shutter speeds faster than the set frame rate can be set.

(6) Built in Wi-Fi for shooting from your smartphone or tablet devices*5.

・ By downloading the free FUJIFILM Camera Remote app to your smartphone or tablet device, users can use the Remote Control function, which allows a wealth of control, even from a distance. This functionality is great for a wide variety of shots, including group photos, self-portraits and animals in their natural habitat.

・ Photos and videos can also be sent to devices such as your smartphone with an easy one-touch operation. Pictures and videos on the camera can be browsed, selected, and imported using your smartphone, all without the hassle of inputting an ID or password. It is also possible to add location information acquired by the smartphone, etc., to the image.

・ Photos can also be sent directly from the camera to the Instax SHARE Smartphone Printer for instant Instax prints.

・ Wi-Fi® Transfer*6 is also supported, enabling backup of the data in the camera onto the computer wirelessly.*7

*6 Wi-Fi® is a registered trademark of the Wi-Fi Alliance®.

pixels are randomly arranged, negating the need for a low-pass

II, the camera delivers images with impressive levels of sharpness

・To reduce noise at high sensitivities, a setting of the highest ISO 51200*9 has been made possible through processor noise reduction processing optimization. Noise is reduced even under ultra-high sensitivities, reproducing tight black colors.

・Optical effects that occur by light passing through the lens, such as the diffraction*9 are corrected by the unique Lens Modulation Optimizer*10 which deliver sharp details even when the aperture is set to F16.

*8 X-Trans is a trademark or registered trademark of FUJIFILM Corporation.

・A specially designed FUJINON 23mm (approximately 35mm in 35mm format equivalent) F2 lens has an optimal optical design that delivers high levels of sharpness from the centre to the edges of the frame.

・The lens is made up of 8 glass elements in 6 groups, which includes one high-performance double-sided aspheric lens and a convex lens made of high refractive glass. Images display minimal aberrations, along with high sharpness, and beautiful color reproduction. FUJINON’s unique HT-EBC coating is applied to the lens control flare and ghosting.

・Macro photography is possible down to 10cm.

・The built-in ND filter delivers the equivalent of three stops of compensation.

・By placing AF phase detection pixels on the X-Trans CMOS II sensor, AF speeds of approximately 0.08 sec are possible. Intelligent Hybrid AF automatically switches between image phase detection AF and contrast AF depending on the subject and scene, so high-speed and high-precision AF is possible on every scene.

・High-speed continuous shooting of a maximum of 6fps (25 frames continuously: during JPEG shooting) using the full 16.3 megapixels is possible.

*12 Compared to the “EXR Processor Pro.”

・A Multiple Exposure mode allows two shots to be put together on one frame.

・Interval timer shooting is possible. Shooting intervals of 1 second to 24 hours, up to 999 frames, and a start time can be set.

・Charging from your PC via the attached USB cable is possible.

・Built-in Super Intelligent Flash that automatically controls the amount of light according to the situation.

・The lens shutter is durable for approximately 100,000 shots. The camera is equipped with a shutter counter.

・A power saving function starts up when the optical viewfinder is used, increasing the number of possible shots to 700 with the OVF POWER SAVE MODE.

For more information on the Fujifilm X100T and all the other amazing Fujifilm products here in South Africa, visit their website at www.fujifilm.co.za for everything you need to know on their latest dude on the block, the Fujifilm X100T!