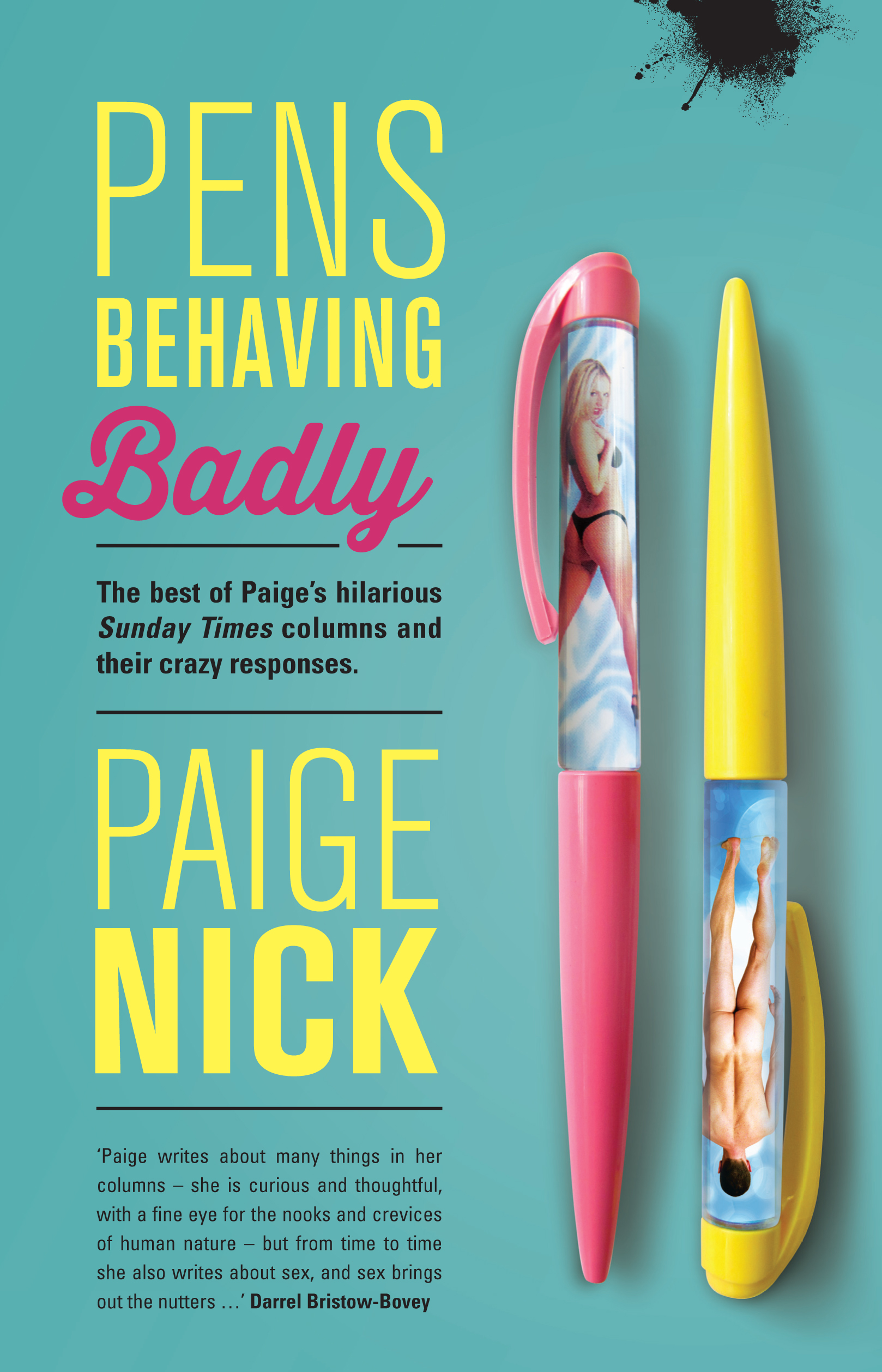 The pen is mightier than the sword, at least that’s how the old saying goes. Personally I think that the pen is only as mighty as the (hopefully) witty person who happens to wield it.

To call Paige Nick a witty and talented writer would be like saying that bacon is just OK (bacon is the shizz nizz OK, there are very few things in life better than bacon).

Locally, Paige is best known for “A Million Miles from Normal” her weekly column in the Sunday Times Life & Style section since 2011. As one of the anchor columnists of the Life & Style section since 2011, she has produced hundreds of hilarious columns and received hundreds more hilarious responses. Pens Behaving Badly is a collection of the best of her columns and the best of the wild letters they’ve inspired.

Now don’t let that fool you into think that Pens Behaving Badly is like one of those “Best Of…” albums that most musicians release in their lives, you know the ones I’m talking about, the CDs (or MP3s) full of songs that used to be number 1 on the radio way back when your biggest concern was how to get rid of that new pimple on your face and whether or not Steve was like actually into you or not. No, this book truly is a collection of some of the most guffaw inducing columns and letters about all the things that you’re too bashful to talk about with your closest friends.

If you’re in need of a good chuckle and want to support a fantastic local author, then do yourself a favour and go buy a copy of Pens Behaving Badly, in fact, go buy a few copies because you’re definitely going to want to share the laughs.

Angry, concerned letters make for good books and provide a few good laughs. Take a look at one of Paige’s “Hate Mail” letters :