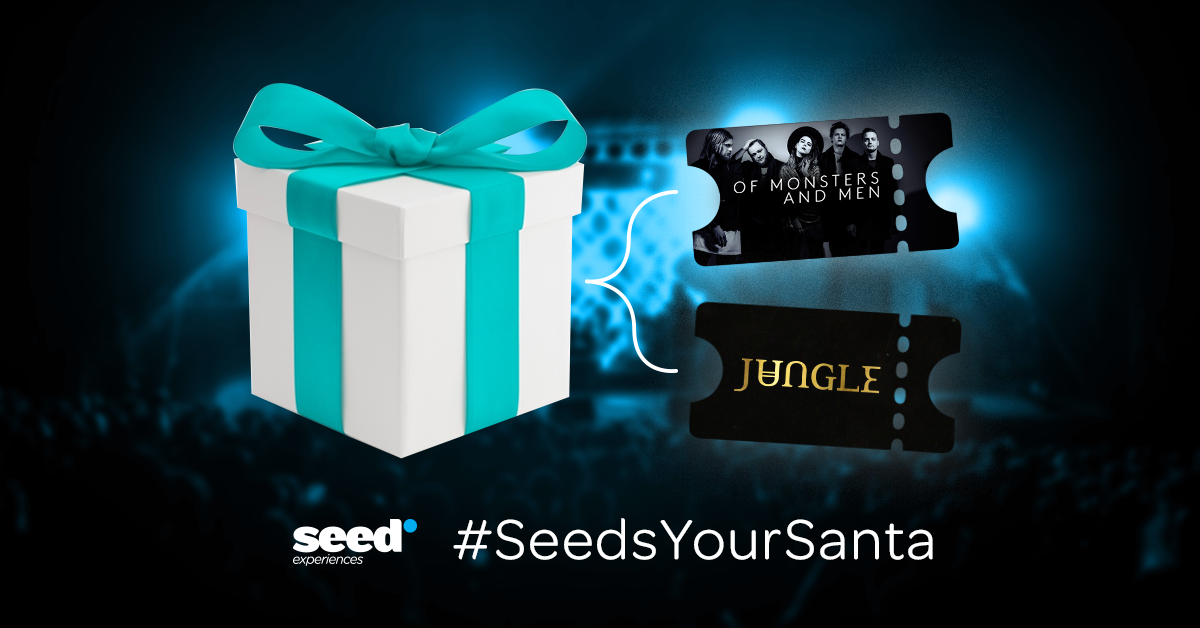 Win tickets to Of Monsters And Men & Jungle!

In light of the festive season, giving is the name of the game, and Seed Experiences has launched the ultimate competition for Of Monsters And Men and Jungle super-fans! Essentially, you can’t win this prize yourself — you’re required to nominate friends and family who you think deserve to win!

HOW TO ENTER:
1. Leave a comment on our Facebook competition post, tagging the person you want to WIN and describe a musical adventure both of you have been on or shared.
2. Remember to Share the post
3. Include the necessary hashtag which is #SeedsYourSanta.
4. Don’t forget that you will also need to tag Seed Experiences in your comment in order to stand a chance of winning.

We’re giving away five awesome Seed Gifts, each containing double tickets to watch both Of Monsters And Men AND Jungle, and these prizes will be delivered to the winners. #JungleCT #OMAMCT